Cost of Living Increase in NYC 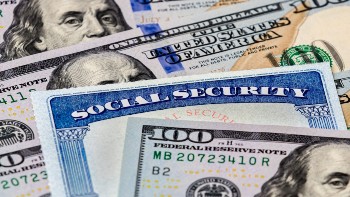 Each year, sometimes every month, the cost of living in New York City increases based on a number of factors. This change could be minor, or more drastic, depending on what is going on in the world. Regardless of how much​ it may change from year to year, these changes are drastically noticeable over time. Should you rely on Social Security Disability Insurance this can become a serious issue.

How Consumer Price Index Relates to Cost of Living Expenses

Although affected by an unprecedented year caused by COVID-19, the U.S. Bureau of Labor reported the following increases in goods and services from the past 12 months.

Some experts argue that some of these increases are merely transitory, such as gas, rental cars, used cars, and apparel. Whereas others argue that increases in housing costs are here for good.

Unfortunately, wages are not always reflective of natural inflation. For example, the federal minimum wage back in 1974 was $2.00. Taking into account the inflation differences, that $2.00 back then would have been the equivalent to approximately $11.13 today. Now, contrast that with the current federal minimum wage of $7.25 in 2021. Notably, the federal minimum wage has remained unchanged since 2009—over ten years without any change. According to the Bureau of Labor Statistics, the American dollar had an average inflation rate of 2.07% each year between 2009 and 2021, which would result in a 2009 dollar being worth around $1.28 today. More easily pictured, $50 in 2009 would be worth around $63.93 today.

“While some of the so-called transitory factors like used car prices, airfares and apparel continue to ease after sharp run-ups in earlier months, inflation is broadening out,” says Greg McBride, chief financial analyst at Bankrate. McBride also states that this can be especially worrisome for the average family, “The rise in shelter costs will exacerbate the negative financial impact so many households are feeling from higher prices.”

Nevertheless, the minimum wage has remained stagnant while prices, production, and business revenue have soared. That is, effectively, the minimum wage from decades ago was far higher than it is today and also came with a much stronger buying power. This allowed many younger people to raise families, purchase a house, and own multiple cars with no debt while only working 40 hours a week—a lifestyle that seems completely foreign in today’s America, maybe even more so in New York City.

However, there is light at the end of the tunnel. The Social Security Administration released an announcement on October 13, 2021, that their cost of living adjustment (COLA) will raise by 5.9%. This will be the largest single increase since 1983.

What is a Cost of Living Adjustment (COLA)?

A cost of living raise, also known as a cost of living adjustment or cost of living increase, is an increase in income that correlates with the rise in the cost of living. This raise is most often applied in terms of benefits, salaries and wages and may be implemented by companies and the government.

The average monthly benefit for a retired worker was around $1,565. The new COLA will take effect this December, and will be first payable this coming January. Benefits will increase $93, bringing the average to $1,658.

Jo Ann Jenkins, chief executive officer of AARP, stated that the increase is completely necessary, “The guaranteed benefits provided by Social Security and the COLA increase are more crucial than ever as millions of Americans continue to face the health and economic impacts of the pandemic.”

At O’Connor Law PLLC, we’ve helped countless individuals with disabilities in and around the city obtain the SSDI benefits they need and deserve. Contact our SSDI attorneys in New York City today to schedule an initial consultation to discuss your SSDI claim with a member of our legal team for free and without obligation. Our lawyers serve clients in New York City and surrounding areas.