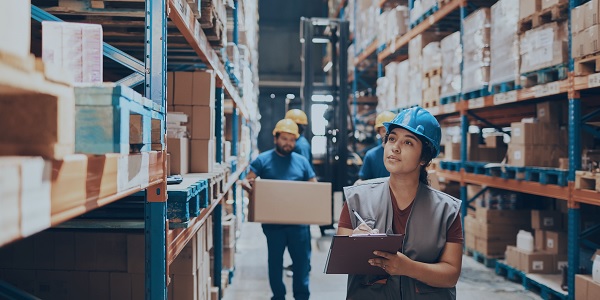 Over the years, Amazon has become one of the prominent companies that make work opportunities for thousands of people. The global technology company also has the recorded highest number of serious incidents involving workers across its warehouses all over the country.

Serious accidents here entail injuries that result in an employee missing work or being shifted to perform lighter duties in the company.

After analyzing the reports that Amazon provides to the Occupational Safety and Health Administration (OSHA), the National Employment Law Project l(NELP) found out that there was a 64% increase in the rate of injuries that occurred at Amazon warehouses in New York.

What Is the Cause of Amazon’s Increased Serious Incidents?

According to the data gathered in the year 2020, there was a visible decrease in injury rates in Amazon facilities across the country as against that recorded in 2019. However, the life span of the recorded decline was soon cut short as data gathered in 2021 revealed an increase in injury rates in Amazon’s facilities in the country.

Amazon uses productivity metrics to gauge the ratio and time off from their employees’ tasks. The aim of this is to boost the efficiency of its workers and hold up with the instantaneous rate of delivery offered by Amazon.

The failure of any Amazon employee to meet the required quota will usually result in the worker’s discipline. To avoid penalties, the workers try to meet the quota by all means, even when it is to the detriment of their health.

The employees prioritize productivity over their health and security. This puts the workers’ health in jeopardy because the system has cultivated a hazardous job environment for the employees. For this reason, serious incidents are on the increase in Amazon facilities.

The rise in the injury rate of its workers in 2021, as stated above when the company brought back the system of productivity metrics, is clear proof of this.

Reactions of Workers and the public to Amazon’s Increased Serious Incidents in New York City. Both the workers and the general populace have expressed their displeasure over the work conditions across Amazon facilities and their effects on the workers.

Just recently, one out of the various Amazon warehouses located on Staten Island reacted to this dilemma by voting in favor of establishing a unionized warehouse, thereby enlisting into the Amazon Labor Union.

The unions have set up several demands, amongst which are longer breaks for the workers and making available to any worker who gets injured paid time off for the remainder of that day.

The state’s legislative arm of government in support of the union is working toward passing a bill that will help make the union’s operations smoother.

The Warehouse Worker Protection Act, introduced in April 2022, will require employers to stabilize an injury deduction policy. They are expected to do this by using information from workers to recognize the possible risks of musculoskeletal injuries and provide remedies to them.

According to the New York Times report, Amazon’s transactions have boomed significantly over the last few years. The firm has hired about 500 million additional workers to meet the increased demand.

This has spiked the concerns of people as hiring workers also entails seeing to their welfare while they work, and this is not a practice Amazon is known for. The rate of injuries from just the Amazon facilities in New York has surpassed. It is 14% above the national average of cumulative injuries recorded in Amazon.

If you or a loved one has been injured while working for Amazon, contact our experienced workers’ compensation lawyer in NYC to ensure that your rights to full compensation are protected. Call our workers’ comp law firm to schedule a FREE consultation to learn more about your rights and how we can help you by dialing 914-350-6212 or by sending us a private message through our “Contact Us” box available here.